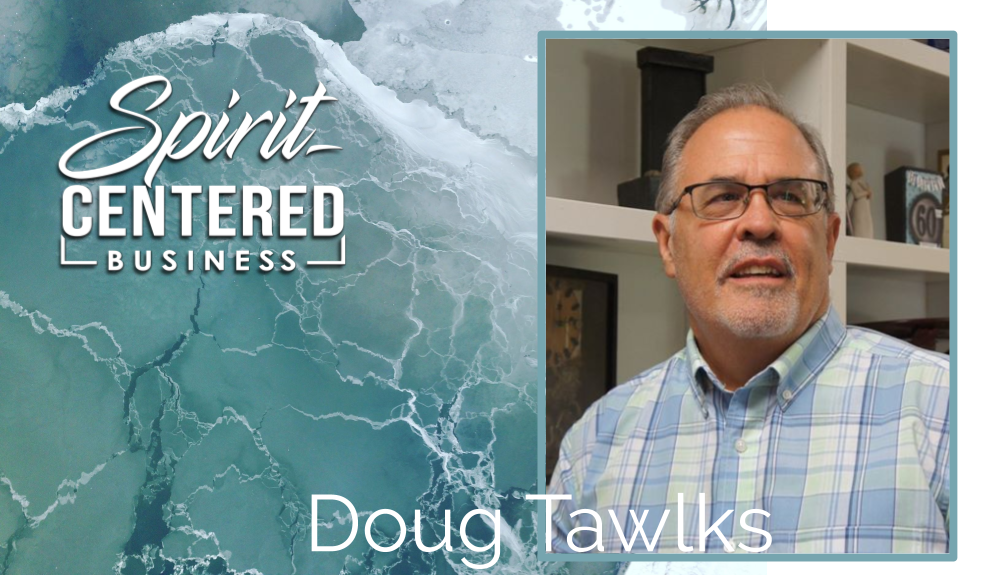 Doug Tawlks is committed to living a life filled with meaningful adventures. As the founder and director of The Life Bridge, a counseling and equipping ministry, his mission is to restore hearts and release the adventure of destiny in the lives of people seeking to overcome fear and live at a deeper level of joy and purpose.

“Faith is a Risky Business, but then again so is fear.” That is a line taken from one of Doug Tawlks’ adventure novels in the Defenders of the Breach series. “It’s something I learned in college working at Summit Expeditions as a wilderness adventure guide,” says Tawlks. “We used rock climbing and the wilderness as a tool to empower people to overcome fear through risky faith. Our fears are conquered, as we grow stronger in trusting God and follow His leadings. The greatest adventures happen after we risk faith and it’s then that God’s power and presence become tangible to us. At some point I realized that I couldn’t stand passively by waiting to be invited into the moment. By inviting myself instead of waiting for the perfect moment, I have seen the amazing things God can do in and through an ordinary life like mine.”

TOPICS:
– The marriage bond
– Essential bonds in your life
– Bonds require performance and productivity
– We buy based on bonds
– Primary core is trust
– NLP Neuro-Linguistic Programming
– Building rapport
– How you make mistakes right determines trust factor
– Leadership bonds and influence
– How do you know you’ve made an agreement?
– Is a behavior a pattern in your life
– The nature of covenant
– Patrick Lencioni, The 5 Dysfunctions of a Team
– Need to have someone to bounce stuff off of
– Ken Blanchard
– Primal leadership
– Fear takes over when trust erodes
– Performance influences productivity
– We don’t do well in a relationship where we don’t know the rules
– Making the effort to nurture relationships
– Valuing people who can clarify your thoughts
– Larry Hill, the Dokimos Project
– Helping skills
– Not knowing what problem you solve in the marketplace
– When do you light up the most?

QUOTES:
“Being habitually late is the most common way we break trust with people.”
“The thing that connects people and causes them to trust is the authenticity of your story, and how you suffered.”
“It’s in a person’s ability to keep agreements where we really build trust.”
“There’s not a lot of fidelity to the mission when the relationship isn’t strong.”
“It always pays to put some personal relationship-building in your business conversations.”

GOLD NUGGETS:
1) The objective of your business is to perform and be productive at the highest level.  So what encourages performance? Strong, healthy bonds that allow you to get into “the zone.” We need to look at the status or condition of the bond between co-workers, etc. first because it’s one of the highest influencers of our performance and productivity.
2) When people hear the authenticity of your heart in sharing how you suffered, they cannot help but connect with you, based on neurological response to your emotion.
3) All you have to do to gain people’s trust initially is to describe, in language they can understand, what they’re suffering with, what their challenge is, or the problem they have that they can’t fix.
4) You just flat-out can’t move into certain positions, including upleveling your business, if you’re habitually late.  It’s the ultimate trust killer because it’s not innocent anymore – it’s a habit.
5) Part of covenant is knowing the rules that define the relationship, which necessarily starts with how we are going to treat each other.
6) You have to have a beginning place to start the conflict resolution conversation.  “I want to bring trust back to our relationship.”
7) When the bond in a marriage is strong, research shows there’s business success, there’s health, and all other aspects of life are easier to deal with, and tend to go better.  You’re happy, you’re reaching goals, your performance level is high.

ACADEMY TRAINING:
The MAGIC words to say in a conversation to strengthen bonds and get back to the covenant relationship, including in conflict resolution that will leave you in a better place than before the incident happened.