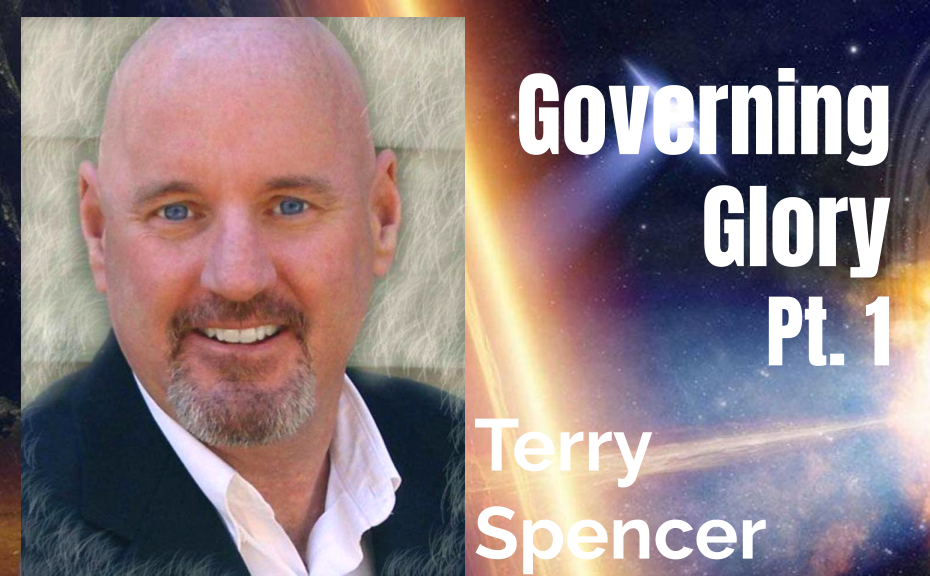 In this episode Terry shares how we are to govern as ambassadors of the kingdom out of our righteous governmental identity and authority as kings and priests.

Terry Spencer is a modern day mystic, spiritual explorer, and a revolutionary who after hearing Yahweh say, “Come away with Me!” has lived a radical lifestyle of intimacy with Jesus. He longs to see creation delivered from the bondage of corruption and God’s kingdom, power and glory established on earth as it is in heaven. Terry’s burning desire is to see His people, cities, states, and nations ignited and transformed by the power and glory of God. Terry flows in the glory realm with a strong prophetic anointing that releases the tangible glory of God.

1) Ecclesia goes deeper than just the gathering of the called out ones. It actually means the government of the Kingdom of heaven. Originally there was no separation of church and state so, in the restoration of all things we are intended to be the government of heaven that affects things on the earth.

2) Governing technology is being seated in Christ Jesus at the right hand of the Father. Here I live, move and have my being in him far above demonic hierarchies and we rule and reign as kings and priests of glory. In this place I am a governmental, legislative, and judicial son as an ambassador of the kingdom of heaven to do what he is doing.

3) We are manifesting who we are supposed to be in this world, to 100 percent. As Yahweh is, so are we omnipresent, omnipotent, and omniscient.

4) Don’t build your ministry, life, or business on a previous move of God because we are moving from glory to an ever increasing governing glory.

5) When we operate effectively in righteous governmental identity and authority, the end result will always be peace with no end.

6) In 2012 we began transitioning into the Kingdom age. It was a pictorial year of the door. It’s open for us to step through, and to press in. As he is, so are we, is an accelerator to the manifestation. There’s no fruit in waiting and contending.

7) By knowing our power, identity, and authority we can pick up the staff and part the waters ourselves and stop asking God to do it for us. This is partnering with creation and being co-creators with God and others.  We are to be accelerators to the manifestation of glory on the earth.

8) Govern your own self first, then you can be free to be used by God to partner. fulfill and establish his divine scrolls and blueprints for your life.

QUOTES:
– We are moving from battlefield technology to governing technology.
– Creation is waiting and groaning for the son’s to manifest.
– 1 John 1:17 “As he is, so am I in this world.”
– Isaiah 42:1-7  It’s about us, the nations, and living a righteous lifestyle.
– Isaiah 9:6-7 is the flowchart from the government of heaven.
– As we engage with Yahweh we begin to operate in executive, legislative, and judicial offices.
– The words Light, Power and Energy are so closely aligned that they are used to describe each other.
– Romans 13:1  Let every person be subject to the governing authorities. For there is no authority except from God, and the ones that exist are from God.
– The word is the Blood of Jesus Christ.
– What we honor we attract.
– My prayers are governmental, not begging and pleading.
– What we honor we attract. Honor creation and attract creation.

– Join the Quantum Capacity Business Challenge: http://SpiritCenteredBusiness.com/challenge
– Spirit realm Activations for your Business:  https://spiritcenteredbusiness.com/coaching
– Join the SCB Tribe: http://facebook.com/groups/scbtribe
– Design your Leveraged, Scalable & Sustainable business model from Heaven’s blueprint and bring the Transformation in the world you and your business were destined to create.  Schedule a FREE Discovery call with Bralynn: http://Bralynn.appointlet.com/s/discovery